The Jade Dragons Dance Group is one of the performing teams of the Chung Wah Society. 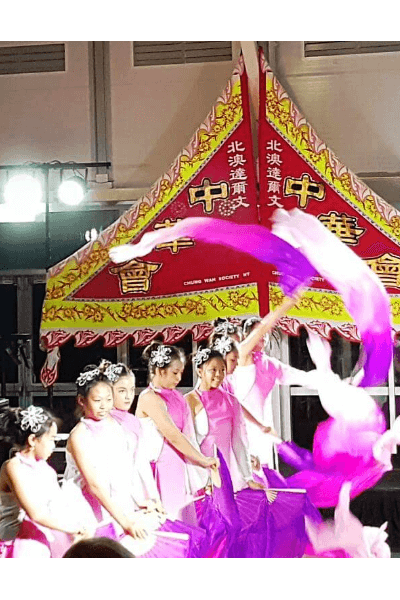 The Jade Dragons or Bi Yu Long (碧玉龍 Green Jade Dragon) was formed in 2010 by a few girls from the former Chun Lien Dance Group, its predecessor in the Chung Wah Society. The Jade Dragons is dedicated to teaching a new generation of girls the beauty and art of traditional and modern Chinese cultural dancing.

The Jade Dragons consists of about 10 girls who train every Saturday afternoon. Since its creation, the group have produced a wide variety of dances that incorporate traditional Chinese props, including fans, lanterns, lotus flowers, ribbons, umbrellas, hats and handkerchiefs.

The dances are inspired by traditional and contemporary dance moves and encompass elements from multiple disciplines, such as martial arts, yoga and ballet.

In 2011 and 2016, as part of the Chung Wah Society, the group also sent a team to Bendigo, Victoria, to participate in the Bendigo Easter Festival. The Festival showcases dance teams from across Australia. The team benefits immensely from the experience of performing alongside other teams, including the Chung Wah Dragon and Lion Dance Troupe, and representing the Darwin Chinese community amongst their peers.

The Chung Wah Society is again sending a team to Bendigo in 2018. The Jade Dragons and the Dragon and Lion Dance Troupe are currently fundraising to support their efforts.

If you have any queries regarding performances or training, please contact the group at: [email protected]. 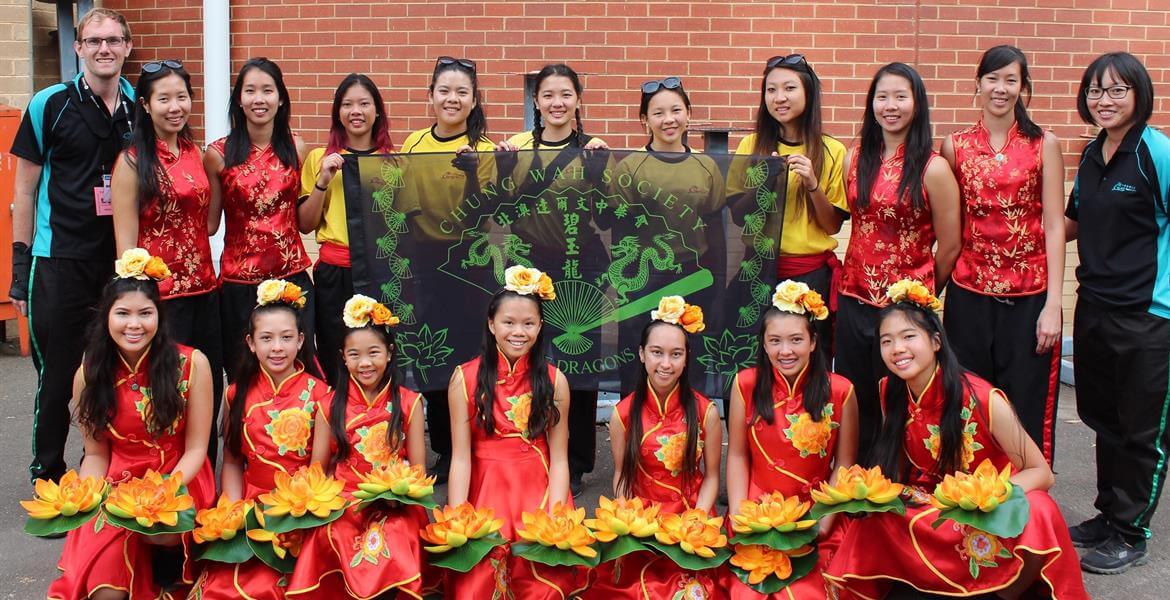