Current Site of the Temple

Current Site of the Chinese Temple

The first Temple on this site was built in 1887, the date on the original ceremonial bell. It was damaged by cyclones in 1897 and 1937 and partly damaged during bombing raids and looted by Australian soldiers during World War II. The stone lions, handcrafted in China, originally belonged to the Brocks Creek Temple, near Pine Creek. After the Brocks Creek Temple was destroyed by Australian soldiers, the lions were re-located to Darwin.

In 1974, the Woods Street Temple was completely destroyed by Cyclone Tracy and our present Temple was re-opened on the original site in 1977.

The religion practiced at the Temple is a combination of Buddhism, Taoism and Confucianism. A translation of the Chinese symbols over the Temple entrance is: ” The Power of Almighty God reaches far and near.”

In the grounds of the Temple is the sacred Bodhi tree, believed to be a direct descendant of the tree under which Buddha is said to have gained enlightenment.

People worship daily at our Temple and we ask that you demonstrate the same respect for our Temple and its Worshippers that you would in any other place of worship by talking quietly and not taking photos while people are worshipping. 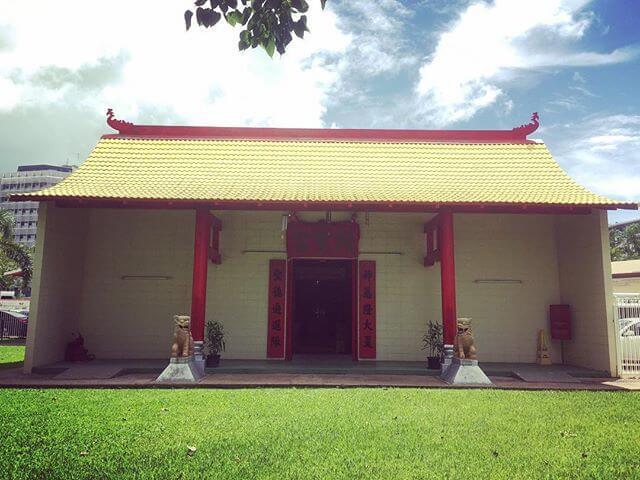 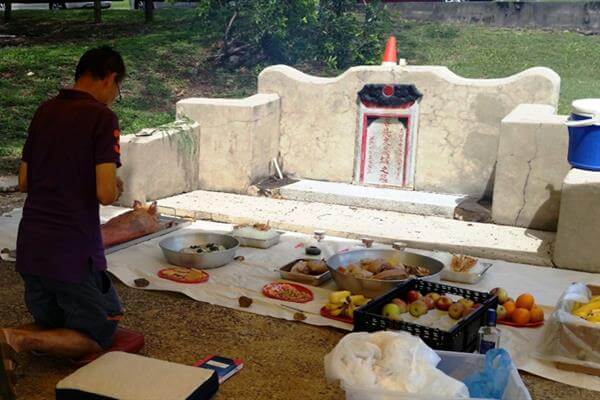 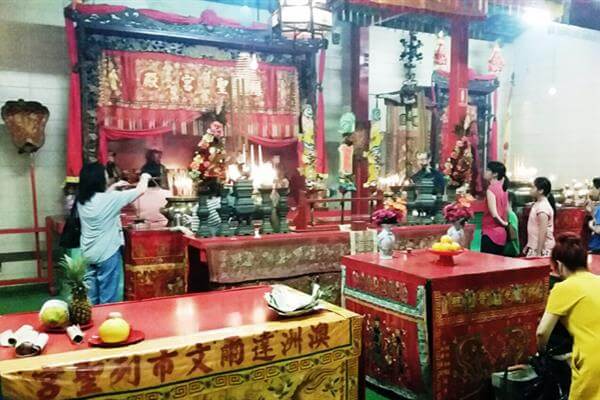 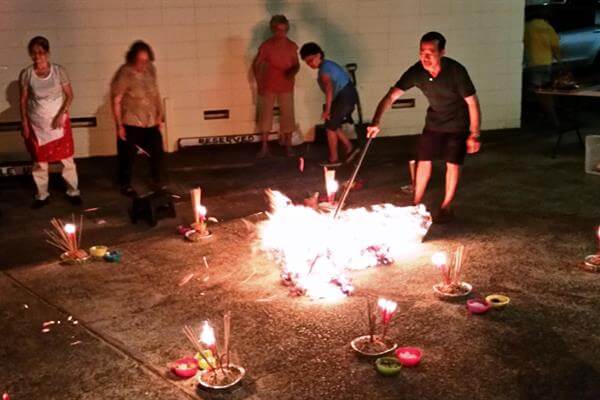